Do you need a translation?

View this metric for a different community

Pick a metric category to explore data in a complete community 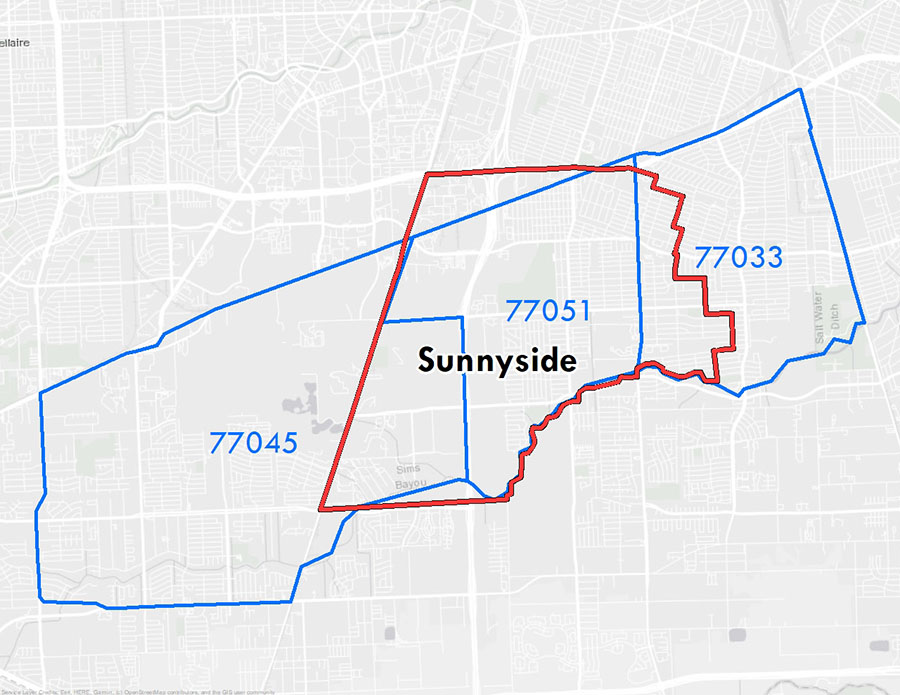 Sunnyside Sunnyside was one of Houston’s first communities platted in the early 1900s just for African Americans. The area was annexed by the City of Houston in 1956 but remained without basic City services such as running water, sewer, paved roads, and drainage. Due to civic pride in the area, the Sunnyside Civic Club was formed to address some of the issues of basic services. The area was serviced by a volunteer Fire Department.

Houston Complete Communities is about improving neighborhoods so that all of Houston’s residents and business owners can have access to quality services and amenities.